The Woodpecker—A Fascinating Bird in Your Backyard

Professional naturalist and wildlife photographer Stan Tekiela is fascinated by woodpeckers, and for 10 years he traveled the country, studying and photographing various woodpecker species.

There are many unusual birds in the world, but there is one group of highly specialized birds that I find incredibly interesting—the woodpeckers. Woodpeckers are found in a wide variety of habitats, from jungles to thick forests to parched deserts, and even in some grasslands. They are the carpenters of the bird world, creating nest cavities in trees each year—an important task because many cavity-nesting birds can’t excavate their own and depend on the handiwork of woodpeckers for their survival. In addition, woodpeckers eat countless tons of insects, greatly minimizing pest damage to forests. 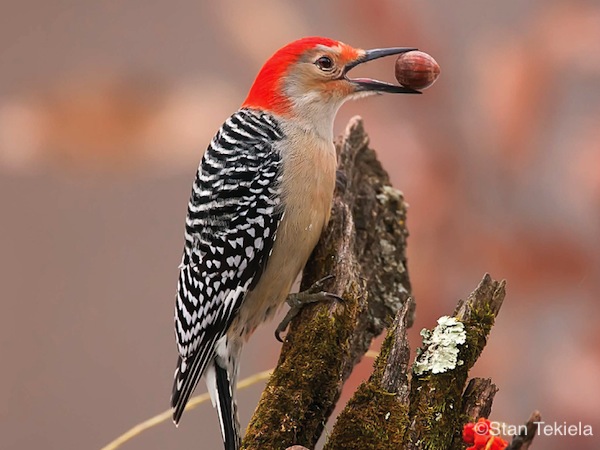 Woodpeckers have unique shapes, making them easily recognizable by any and all who see them. Their special features and behaviors have captured my attention as a naturalist and wildlife photographer for more than 20 years. 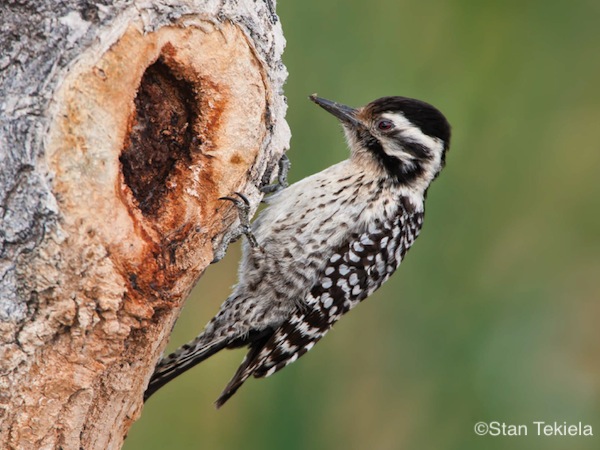 Woodpeckers are found all around the world, except in New Guinea, Antarctica, Australia, New Zealand, Madagascar, and on smaller islands. The woodpecker family, called Picidae, is composed of a large group of birds with similar unique traits. Within this family are three subfamilies. The Jynginae subfamily, or wrynecks, occurs exclusively in Europe, Asia, and Africa. The Picumninae, or piculets, is a subfamily of tropical woodpeckers seen in Southeast Asia, Africa, and the South American tropics. The Picinae subfamily, known as true woodpeckers (picids), is the most common and widespread, and it includes flickers and sapsuckers. 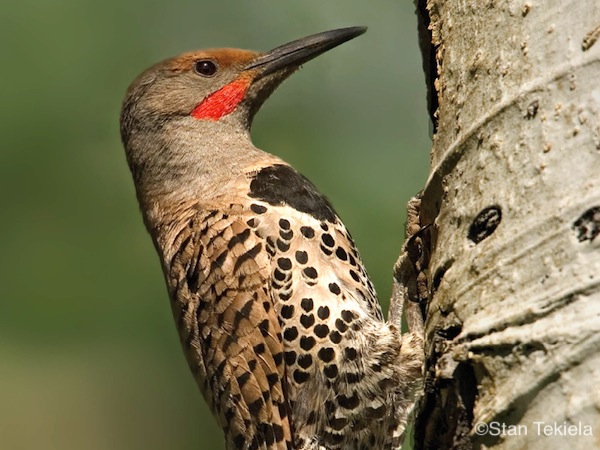 There are nearly 200 species of true woodpeckers, each sharing strikingly similar characteristics. They are all considered primary cavity nesters, which means they have the ability to excavate their own cavities in trees for nesting. Woodpeckers are masters at locating insects tucked in crevices and cracks and under the bark of upright trees. Of the nearly 10,000 bird species worldwide, only a handful of species besides woodpeckers obtains food this way. The Whitebreasted Nuthatch is one of the few birds that has mastered the art of hunting insects on a vertical tree trunk like a woodpecker. Given the competition for sparse food, it’s no wonder that woodpeckers are so successful and widespread in the bird world. 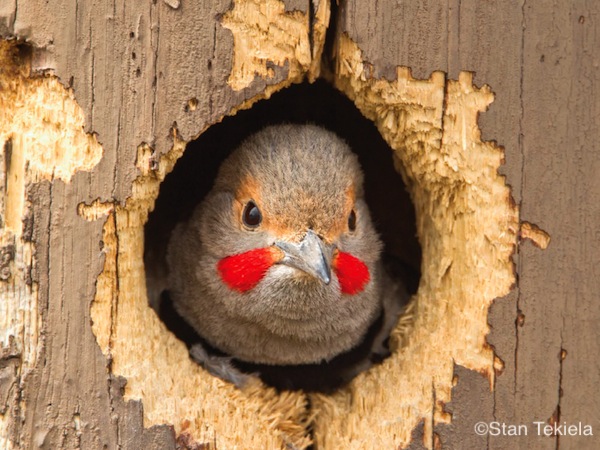 The common name for most birds is often a fairly accurate description of a physical characteristic or activity. For example, woodcreepers creep along wood, and hummingbirds create a humming noise during flight. Woodpeckers are known for pecking wood while probing a tree for insects, but you could make an argument against the name because woodpeckers don’t just peck wood—they actually whack, hack, or chisel it. In fact, it’s really more accurate to say they hammer wood. Sometimes the hammering is so intense, they smash the wood. 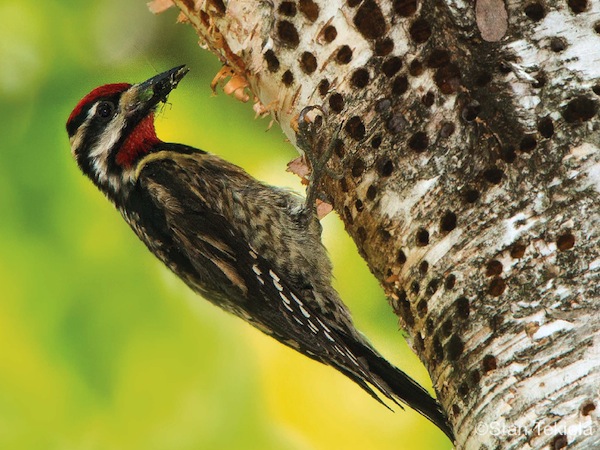 However you describe them, woodpeckers are amazing. They create large, gaping holes in one of nature’s most solid and durable materials, and they do it with just the beaks on their faces—a truly astonishing feat!

If you love the woodpecker in your backyard, you will want to own Remarkable Woodpeckers by Stan Tekiela.