Getting Ready for The Total Solar Eclipse

In a Q&A session about the August 21st total solar eclipse, George Moromisato, author of 101 Amazing Sights of the Night Sky, shares with us what is so special about this rare event. George also has some tips on where to see the eclipse.

What’s so special about this solar eclipse? 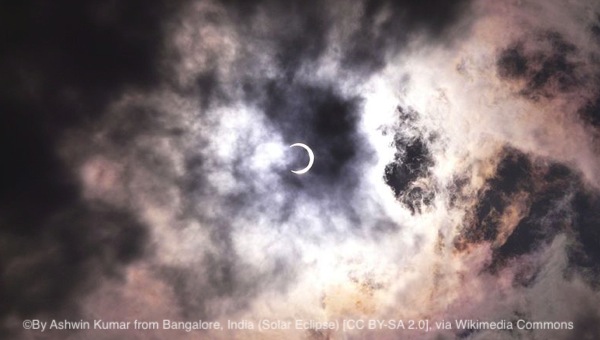 This total eclipse will be visible along a narrow path that stretches from Oregon to South Carolina. The last total eclipse to cross from coast to coast happened back in 1918—almost 100 years ago.

OK, but what’s so special about a total solar eclipse?

Picture this: You’ve got your solar observing glasses on (never look at the sun without protection), and you’re looking at the bright orb of the sun. Suddenly you see a round bite appear at the edge of the sun. As you watch, the bite gets bigger and bigger. Eventually the bite is so big that you notice your surroundings getting darker—almost like twilight. Birds and animals might even start coming out, thinking the day is ending. 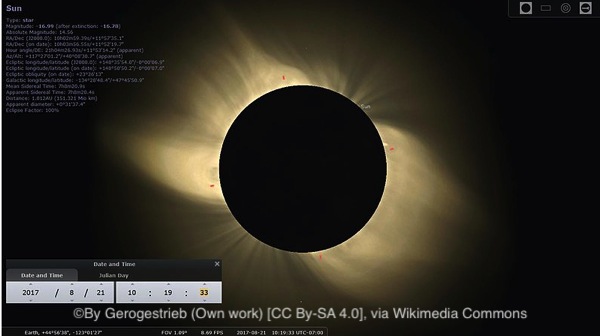 But the bite keeps getting bigger and the sun becomes a thin, glowing crescent. Then the crescent shrinks, and, faster than you expected, the bright sun disappears completely. Suddenly it’s night! It’s dark enough to see the stars, and the sun is a black hole surrounded by the most beautiful dancing halo of light you’ve ever seen. This is the solar corona—the glowing energized plasma that the sun emits every day. It’s normally invisible because the bright sun overwhelms it; but with the moon blocking the sun’s light, the corona appears. 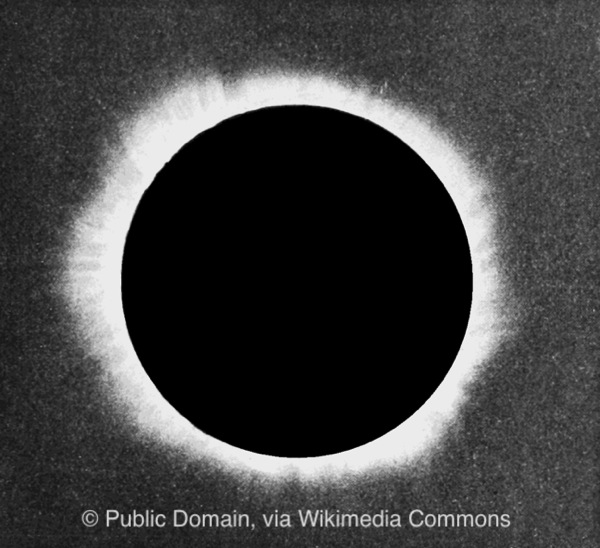 Until very recently, the subtle light of the corona could not be captured photographically. Even today, you will not be able to capture what you’re seeing without fancy cameras and much skill. A total eclipse of the sun is truly an experience that must be seen with your own (protected) eyes—no picture or film can do it justice.

You’ve convinced me! How can I witness the solar eclipse?

Unless you’re lucky, you’ll probably have to travel to the eclipse path. Consult a site like https://www.greatamericaneclipse.com/ for the precise path and pick the best point to see it. At this time, many of the smaller places are already sold out, so options are limited. If you’re within driving distance of the path, you might just want to make a day trip and pull over to the side of the road to watch it.

If you need to fly or stay overnight, your best bet might be a major city near the path. Portland is about 50 miles north of the path; Kansas City and St. Louis are just outside the path but within driving distance. Nashville is on the path, so that might be a good option too.

About the author: George Moromisato is an American software engineer, game designer, and astrophotographer. He’s been programming for 70% of his life and has worked at Microsoft, IBM, and Lotus Development Corporation. He is the designer of several computer games, including Anacreon (one of the first 4X games), Chron X (the first online collectible card game), and, most recently, Transcendence. But his first love is astronomy, and he avidly photographs the night sky. He is the co-founder of PhotonSky.com, an upcoming site for sharing astrophotos and for promoting amateur astronomy. George lives in San Mateo, CA.

For more tips and pointers that make a night under the stars exciting and meaningful, check here.