Picking a Favorite Bird is Hard to Do

I’m often asked which bird is my favorite. This is much like asking a parent to choose a favorite child. I often answer this question by stating that whatever bird I am studying or photographing at the time is my favorite. The truth is, I’ve yet to meet a bird or animal that I didn’t find fascinating and super cool. 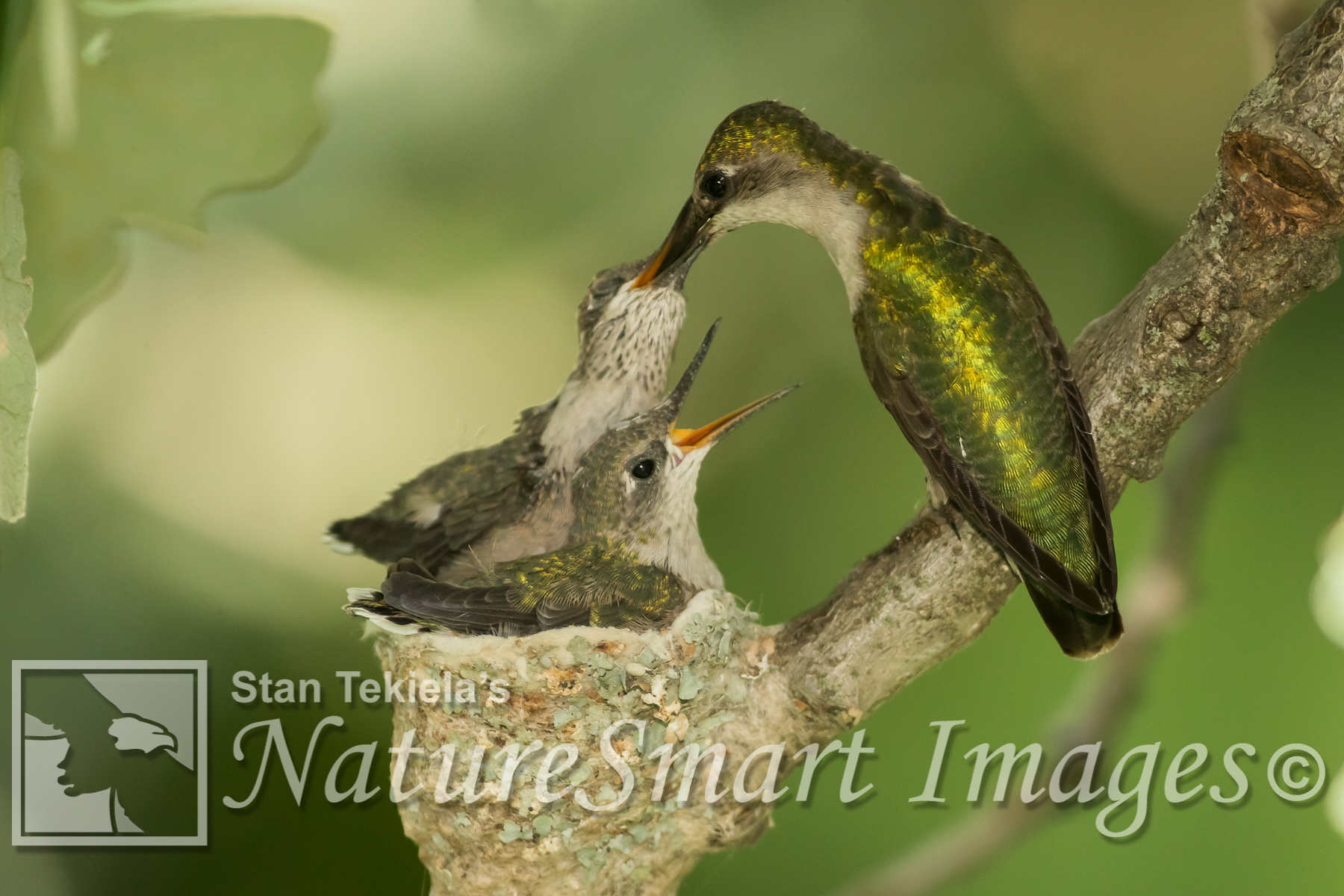 However, if push comes to shove, I’ll admit that I have a great fondness for hummingbirds. They are an amazing group of birds that are unlike any others. There are more than 320 species of hummingbirds. This is the second largest family of birds in the world. It is huge. What is even more interesting is that hummingbirds are only found in the New World (the Americas). They don’t have hummingbirds in Europe, Africa, Asia, or any other place on the planet.

Hummingbirds are one of the most easily recognized birds. They have sparkly feathers that refract sunlight like a prism. They feed upon nectar from flowers. They are fast and agile flyers. They are the only birds that can truly hover. They can fly backwards, straight up and down, and, if that’s not enough, they can do aerial somersaults.

There are 15 species of hummingbirds that occur in the western half of the U.S. and Canada. Here in the eastern half of the country we only get one species—the Ruby-throated Hummingbird. Its name comes from a ruby red throat patch on the male.

So I was thrilled beyond belief when recently I was contacted about a Ruby-throated Hummingbird nesting. I immediately dropped everything and went to check it out. Sure enough, right next to the home of a wonderful couple who enjoys birds and nature, was a tiny hummingbird female tending her two pea-size eggs.

With all hummingbird species, the female sets up her own territory separate from the male. She builds her own nest and incubates the eggs all by herself. The male takes no part in caring for or raising the young hummers.

The female builds a nest, constructed mostly of soft plant material such as cottonwood seed puffs, and glues it all together with spider silk. She forms the cup shape with her own body. So, in the end, the nest is form-fitted to accommodate just one bird. The problem is, the female always lays two eggs. Therefore, by the time the babies hatch and grow up, the nest will need to accommodate two adult-size birds. This is accomplished by the fact that the nest is constructed with spider silk, which allows the nest to expand as the chicks grow. 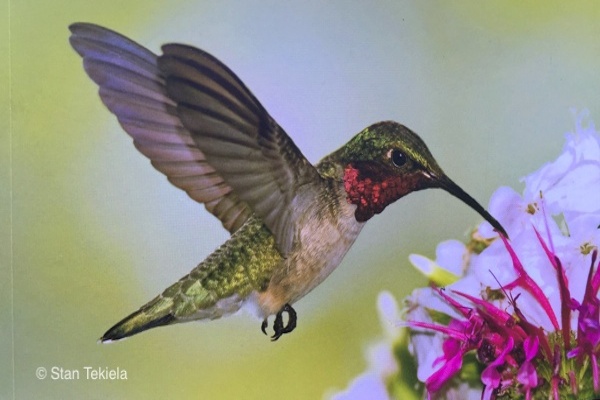 Over a month’s time, I visited this hummingbird nest, careful not to disturb the female in any way. Using a long lens, I could sit at a respectful distance that allowed me to capture the natural behaviors of the day-to-day life of the hummingbird family.

At first she spent all her time incubating. Periods of incubation lasted only 20 minutes or so before the female would zoom off to feed herself. She would be gone 5 or 10 minutes before returning to the nest to settle down to incubate again.

When the babies hatched, the impossibly tiny chicks could barely lift their heads. Their eyes were not open yet and they didn’t have any feathers. Yet the mother fed them with her long bill. This is what I call the sword-swallowing act.

As the babies grew, the mother stopped sitting (brooding) on the babies, and it wasn’t long before the young were so large that they could barely fit in the nest. The mother would come to visit the nest about once or twice per hour. Each time she returned, the chicks would open their beaks and wait for the sword-swallowing act to begin. The mother would slide her long beak down the babies’ throats and regurgitate a mixture of nectar and partially digested insects. Right on schedule, the babies grew up and practiced flapping their wings at the edge of the nest; the next day, they were gone. What an amazing experience and learning opportunity.

If you enjoyed Stan’s post, you may consider reading one of his amazing nature books, such as Majestic Eagles; The Lives of Wolves, Coyotes, and Foxes; or Backyard Birds: Welcomed Guests at our Gardens and Feeders. Young readers will delight in his award-winning children’s books, such  Whose Butt?, Critter Litter, and his latest, Jump, Little Wood Ducks.